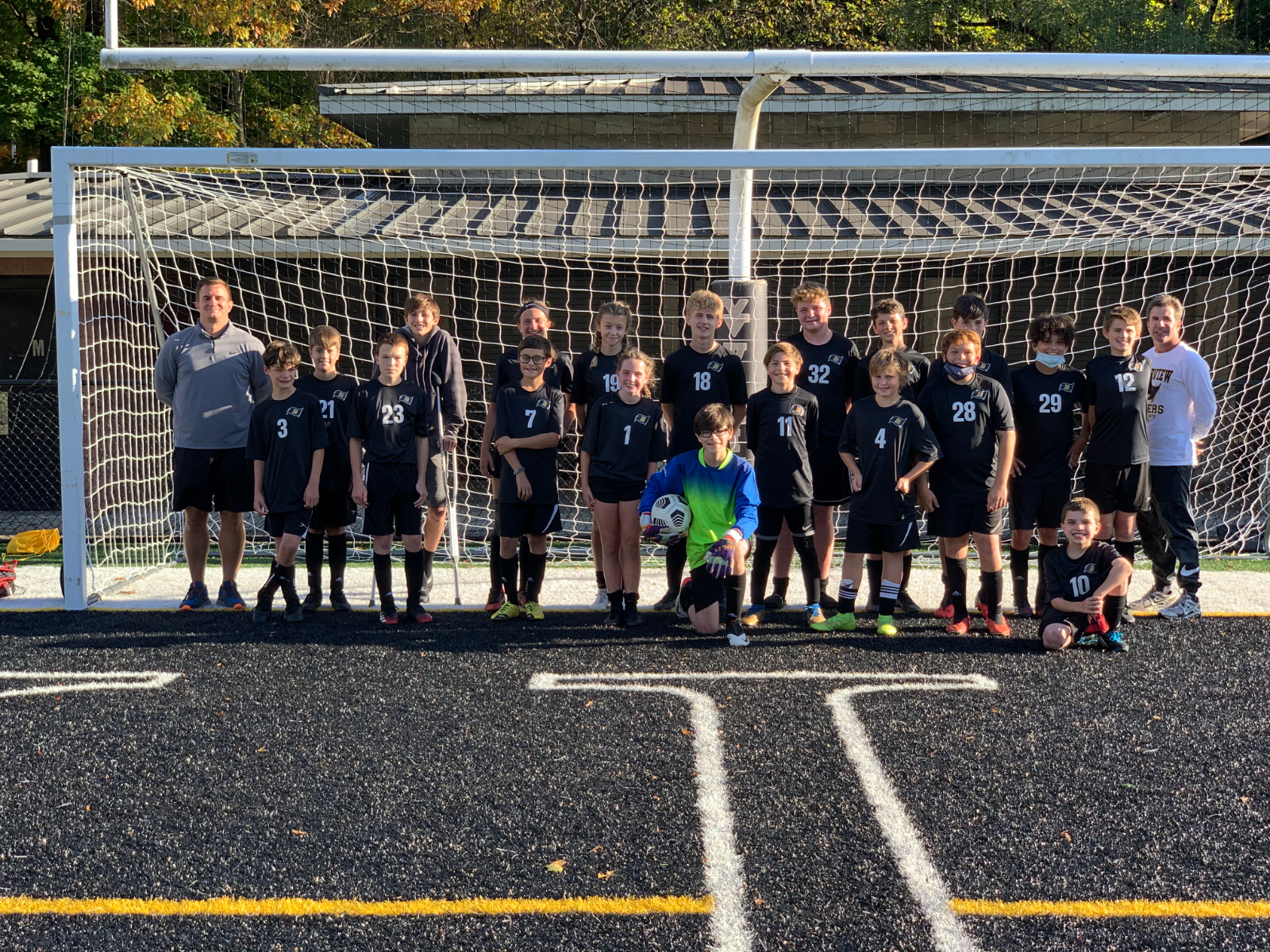 The Jr.  High Raiders defeated  a resilient Valley team 7-0 in Valley’s beautiful turf stadium yesterday afternoon.  Valley played well and never quit even though they had no substitutes the entire game.   The Raiders offense played very well, with scoring coming from several different sources.   Chris O’Toole had 2 goals and 2 assists, Drew Hunter had 1 goal and 1 assist, Quinlan Catanzaro had 1 goal, Cameron Neilly had 1 goal, Drew Ogrodowski had 1 goal, and Lily Hood had 1 goal.  Max Kratt almost scored several times and Chiara Brun was on the verge of scoring when she was taken down with a knee injury (Not to worry, she is OK).  Cailey Trosch worked hard on offense to give herself several scoring opportunities and Simon Meals put himself in position to score as well.    Devin Muprhy, Korbin Cooper, Carsyn Giuliano, Carter Loughren, and Jack Silvio played very well in midfield, supporting the offense by providing them with many scoring chances and supporting the defense with several good defensive stops and takeaways.  The defense was once again stellar.  Chris O’Toole Drew, Hunter, Simon Meals, Carter Baldwin, and Adam Larson did not allow Valley much in the way of scoring opportunities, they stifled the Valley offense throughout the game.  Quin Fischer was good in goal, earning a shutout against Valley.

Congratulations to the River Raiders Jr. High soccer team on a great season!  Best of luck to the 8TH graders that are moving on to varsity soccer next Fall!  I am excited for the great things you will accomplish moving forward!   Thank you for all of the  help and support from the parents, the fans, the school, and the players for making this season fun and a great success.  A special thank you to our Athletic Director, Mario Rometo.  We would not have even had a season without Mario’s hard work and dedication.  He made sure the team had a full 10-game schedule even though several teams cancelled on us for various reasons.   I look forward to seeing everyone on the pitch next Fall!