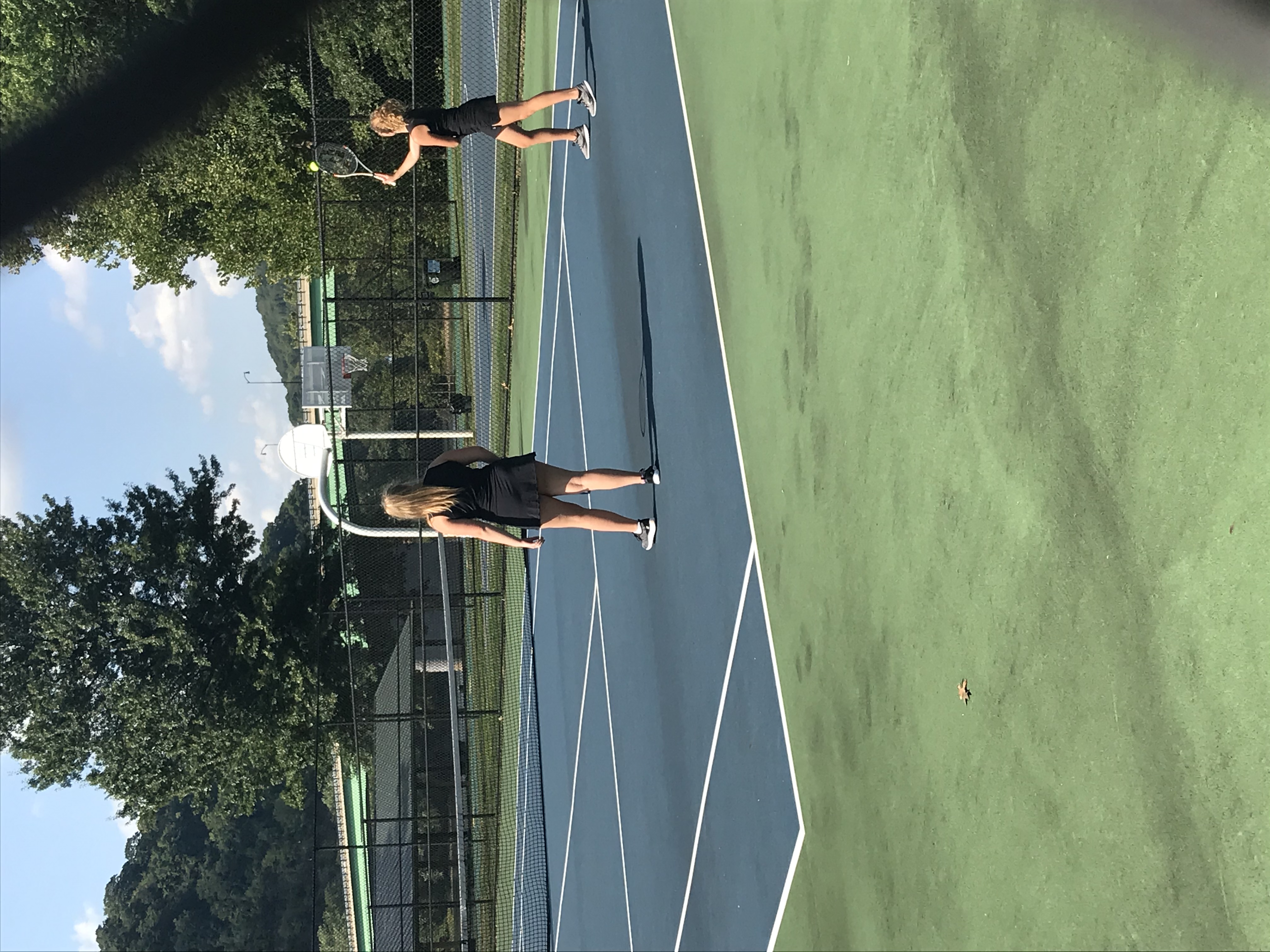 The young Riverview team played their best match to date against the girls from Winchester Thurston. All players won games in the match up. First singles player and Captain Lauren Hornsby won her first set 6-2 in Riverviews first three set match up if the season. Second singles Makenna Cameron took two games in her second set as she showed steady improvement. The first doubles team of Eloise Fischer and Taylor Billet showed a lot of promise in their 3-6, 1-6 match. The girls hadn’t had a lot of time to play together, but adjusted well. The surprise match of the day was 2nd doubles Callie Harden and Aine Hasselman. The two new players fought a tough first set At 5-7 to hang in with the WT second doubles team.

The Riverview team continues to learn and develop with each match in their short season. The team is extremely grateful for those companies and individuals that have donated to keep tennis at Riverview.